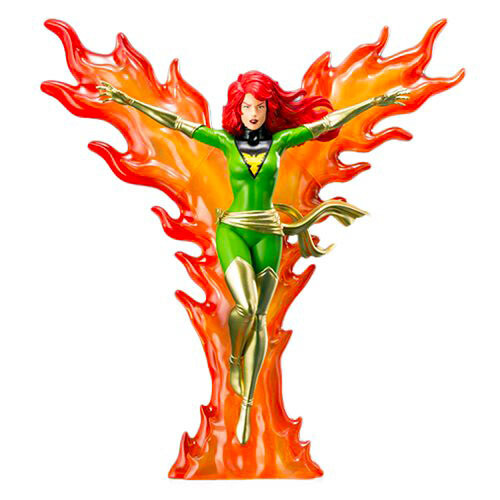 The X-Men are back, and that includes Jean Grey, who became the powerful Phoenix when a mysterious power known as the Phoenix Force was awakened in her. Based on the animated X-Men TV series from the 1990's, Kotobukiya presents this 9 1/2-inch tall Marvel Universe X-Men 1992 Phoenix Furious Power ARTFX+ Statue.

The statue's thorough design and bold paint colors give it a vintage feel, making it look like it jumped right off the screen! In keeping with Professor X's large hover chair (sold separately), her base is outfitted with a massive Phoenix Force effect part depicting the superheroine floating in mid-air as she calls forth her power. If you're a fan of the X-Men, you don't want to miss this stunning Phoenix!

Save this product for later
Display prices in: USD