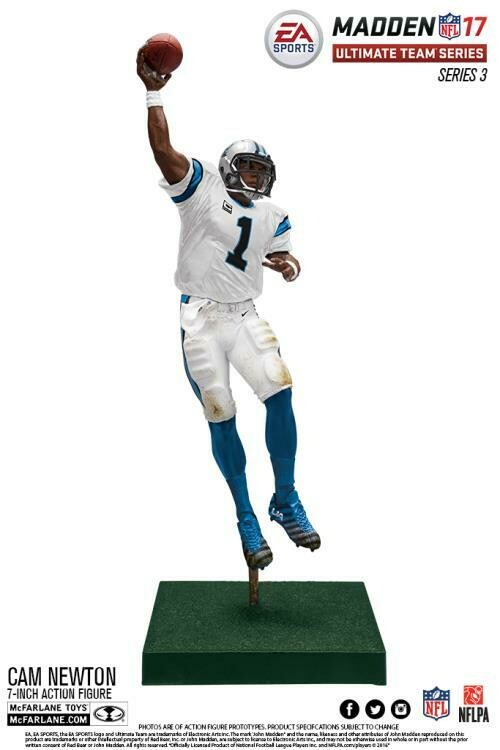 This incredibly detailed McFarlane figure of Carolina Panthers quarterback Cam Newton is featured in the Madden NFL 17 Ultimate Team Series. Newton is one of 2 players in the modern era to be awarded the Heisman Trophy, win a national championship, and become the first overall pick in an NFL draft. He was the 2011 NFL Rookie of the Year, a three-time Pro Bowler, and was named the NFL MVP in 2015. Newton was also selected as the Offensive Player of the Year as he led the Panthers to Super Bowl 50. Bring home the Superman quarterback today!

Save this product for later